Portuguese winger Luis Nani made his debut for Venezia in the Italian Serie A on Sunday and he was able to make an instant impact for his new team. Newly promoted Serie A side Venezia made a big coup with the free transfer signing of Luis Nani. The ex-Sporting Lisbon, Manchester United and Valencia star teamed up with Venezia as a free agent after leaving Major League Soccer (MLS) team Orlando City at the end of last year. 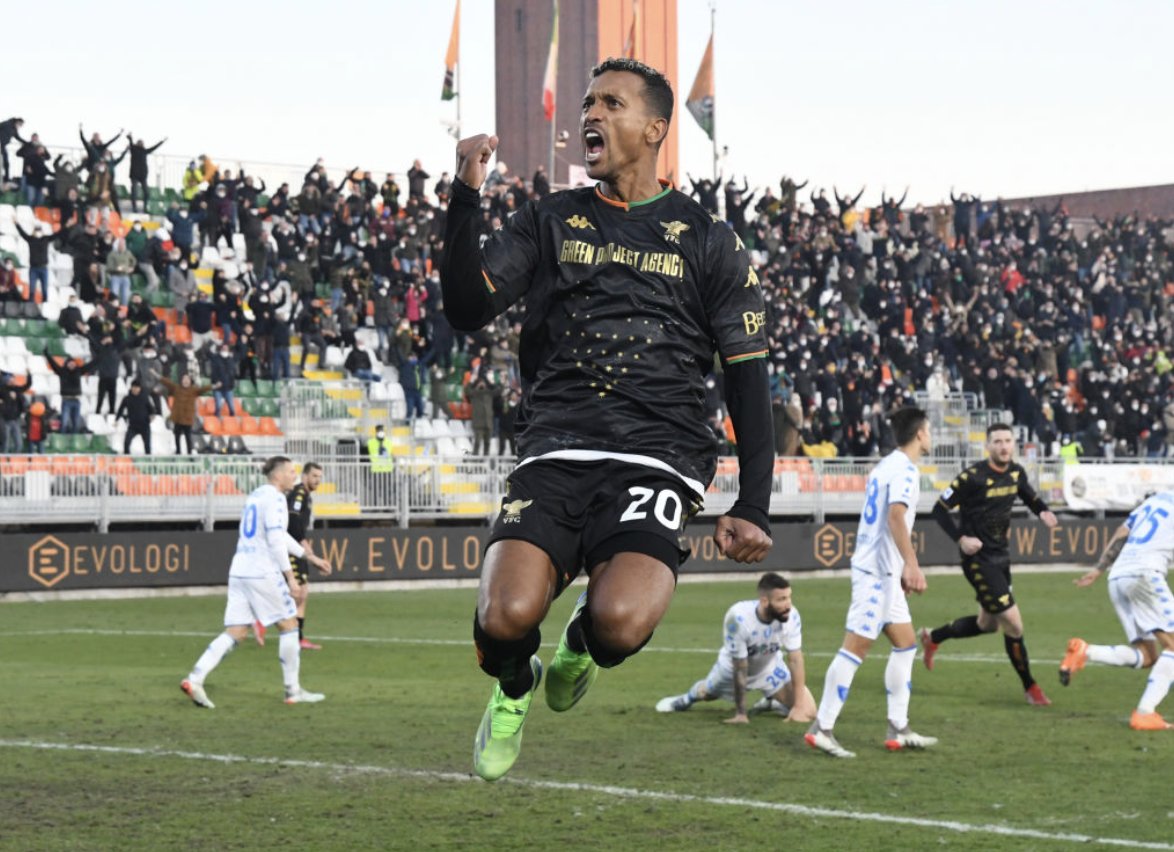 Luis Nani made his debut for lowlyVenezia during the league game at home to Empoli. The winger started the game on the bench before he was introduced into it in the place of veteran Italian defender Cristian Molinaro in the 72nd minute and his impact was an instant one as he was able to provide an assist on the occasion of his first Venezia game.

Venezia were trailing 1-0 to the 26th minute opener from Polish midfielder SzymonZurkowski by time Nani was subbed on for the last eighteen (18) minutes of the league encounter. It took Nani almost two minutes to provide the equaliser for Nigerian forward David Okereke. As a matter of fact, Portugal national team player Luis Nani was on the pitch for one minute and 55 seconds before his assist for Okereke to score for the share of the spoils as the game ended in a 1-1 draw. Nani was able to make his return to the Italian top flight after several years. His Serie A return came 1337 days after his last game for Lazio in the same competition.

Empoli picked a point from their league game with Venezia to make it 19 away points this season thus equalling their record. They are not in danger of relegation with the team in 11th spot with 29 points. On their part, Venezia are in a relegation battle with 18 points. They are a place and two points above the relegation zone.